In the heart of the côte des blancs

The LARMANDIER-BERNIER estate is located on the terroirs of the Côte des Blancs, at the very heart of the Champagne vineyards.

Since the 19th century, the LARMANDIER family have been cultivating their vines in the premiers and grands crus of the Côte des Blancs. Chalk is the keystone of these great terroirs.

Indeed, among the different production areas of the Champagne appellation, only the Montagne de Reims and the Côte des Blancs are situated on the Campanian chalk which is at the origin of the elegant mineral quality of Larmandier-Bernier Champagnes. 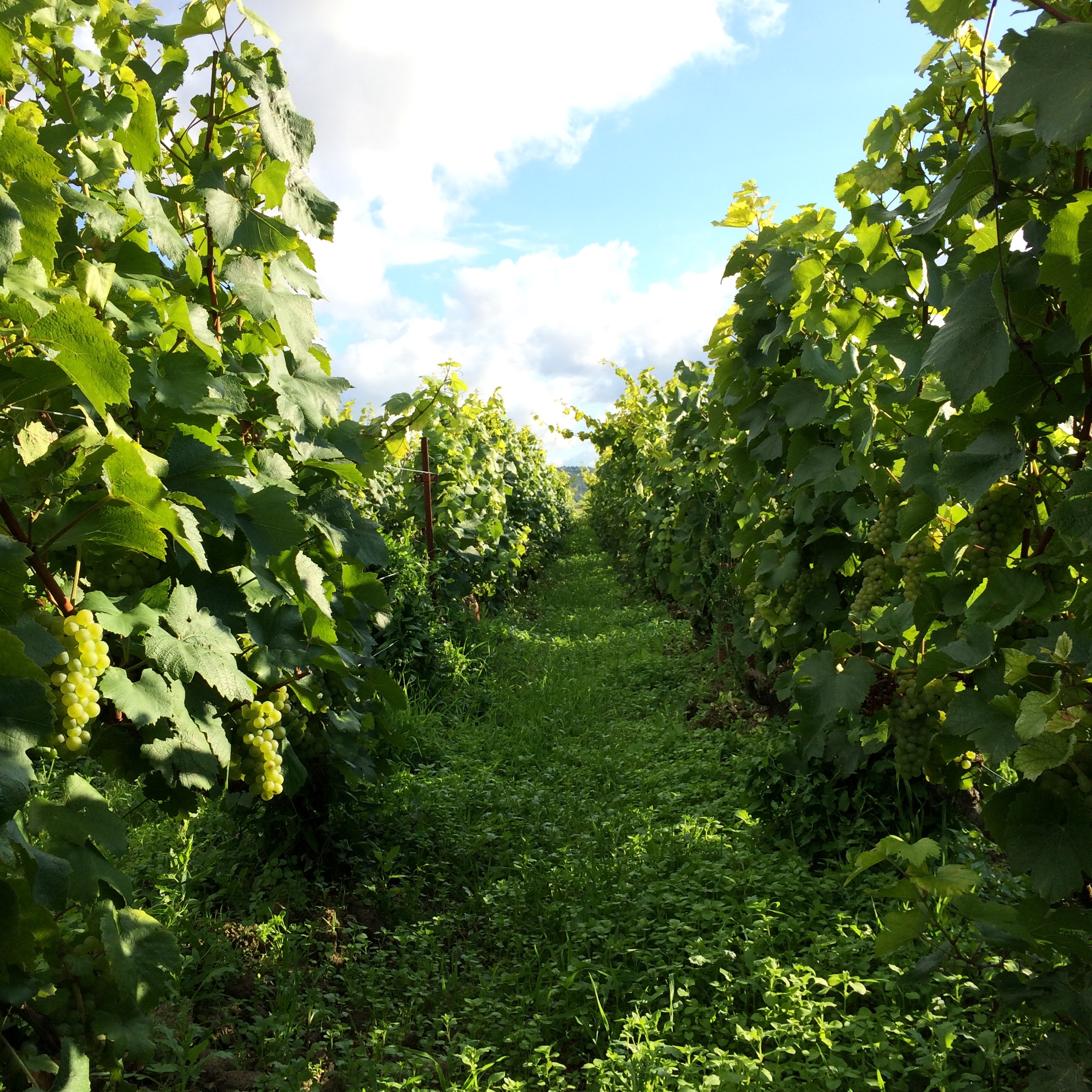 It’s not a question of imposing methodology; Sophie, Pierre, Arthur and Georges just want to get it right and do it well; they assert their right to be different, to make something other than formulaic wines, without seeking to set themselves apart.

Pierre Larmandier breathes life back into the terroirs, and abandons herbicides totally and definitively

Ten acres of vineyard are bought in Vertus. These vines are ploughed and no herbicide or gadoues have ever been used

Driven by the same conviction, Arthur Larmandier joins his parents on the estate

The estate seeks to make wines which express their terroir, with no tricks, believing that a great Champagne, as with any great wine, starts its life in the vineyard. The grapes carry naturally within them all the qualities of authenticity which no human being is capable of inventing. Larmandier-Bernier is lucky enough to be working with very fine terroirs, so it would be a shame not to “bring them to your glass”. In order to achieve this, the estate has rejected the facility of the usual methods in favour of the far more gratifying path of intelligent viticulture. This choice, of trusting nature, was made very early on, long before the current awareness. The inspiration came from Pierre’s very strong desire to make great wines and Sophie’s way of life (respect for the environment and healthy food) which together resounded as self-evident: the couple thus chose to follow this path, which was contrary to the way of working in Champagne at that time.

Indigenous yeasts and prolonged maturation on the lees (11 months) in casks and wooden vats.

A minimum of intervention

Pure wines: no filtering, no fining.

Born in Vertus, Pierre grew up in the vineyards and the cellars of his parents. After graduating from Audencia (Nantes Business School), he returned to the estate to work with his mother after his father’s untimely disappearance

Originally from Avize and a graduate of École Centrale de Lyon, Sophie married Pierre in 1988, together with his profession of winegrower, of course!

Arthur has been taking part in the life of the estate from a very young age. After graduating from Rennes Business School and possessing a wealth of international experience, he chose to pursue the family adventure.

Georges has always shown an interest in the vine and participates in the work of the family. Following his Supélec diploma, he worked for 3 years as an aeronautical engineer before joining the family estate.

History of the estate

The Larmandiers have been contributing to the reputation of the Côte des Blancs since the French Revolution.

Working the vine has been written in the history of the Larmandier and Bernier families since 1765.

“In 1856, there was an average harvest of 10 casks per acre: that doesn’t seem much, but in those days, there were no American vines, no fertiliser even. Only the soil and the sun could nourish the vines.” Thus spoke Louis Prosper Larmandier (Pierre’s great-great-grandfather) evoking his parents’ memories.

Jules Larmandier, Pierre’s great-grandfather was interviewed by a journalist and related the damage caused by the vine moth on “the beautiful Côte de Saran” in Cramant and even “as far as the Côte de Vertus”.

With his wife Elisabeth Bernier, an owner of vineyards in Vertus, Philippe Larmandier created LARMANDIER-BERNIER Champagne. They built their cellar in Vertus.

Pierre, Philippe and Elisabeth’s son, decided to return to the profession “that runs through his veins”. He married Sophie and breathed life back into the various Larmandier-Bernier terroirs by working the soil and abandoning herbicides.

Biodynamic viticulture and indigenous yeasts: Pierre derives a lot of satisfaction from this way of working. The wines are progressively more and more expressive and concentrated. Classic maturing in stainless-steel tanks is no longer satisfactory; Pierre thus prolongs the work begun in the vineyard, by maturing the wines in casks and wooden vats to enable them to breathe.

The estate was awarded first one and then two stars in the Classement des Meilleurs Vins de France. Pierre Larmandier was selected “Most promising wine, 2002” by the Revue du Vin de France and “Winegrower of the year, 2003” by Bernard Burtschy for GaultMillau. Andrew Jefford expressed the opinion in “The New France” that “few growers’ ranges in Champagne are as consistently outstanding as that of Larmandier-Bernier”. The Bettane & Desseauve has awarded the estate 4 BDs.

Construction of the Chai

In order to maintain control over the harvest, grapes are never bought in by the estate. It’s by buying vineyards in the finest crus that LARMANDIER-BERNIER continues to write its future.