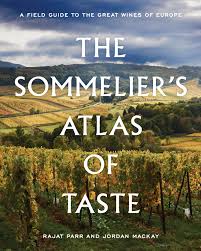 A spine of exposed, active limestone, the Côte des Blancs stretches along the ridge of a highly eroded plateau south of Epernay. Not known is whether the name refers to the often exposed bright-white chalk slopes or the fact that the Côte des Blancs almost exclusively produces white wines. No matter; its four Grand Cru villages offer iconic expressions of Chardonnay that every Champagne lover should know. (…)

It is because of the sound of its name that Cramant is often described as the creamiest of the Côte des Blancs Grand Crus? Perhaps not. The village makes a powerful style in which the chalk is not as pointed as in neighboring villages, but rather seamlessly couched in a rich bouquet of fruit and spice. The fruit is lemon, but candied lemon with a tinge of oranger, ginger, and other tealike spice. The most poignant expressions of Cramant are found in Larmandier-Bernier’s Vieille Vigne du Levant (…).